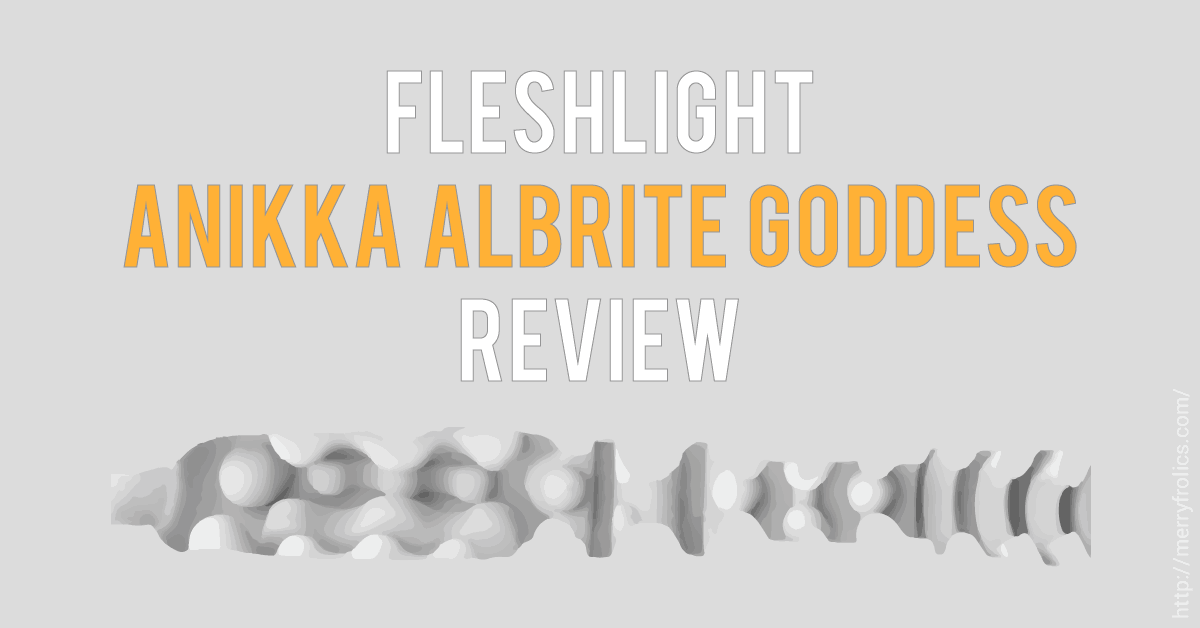 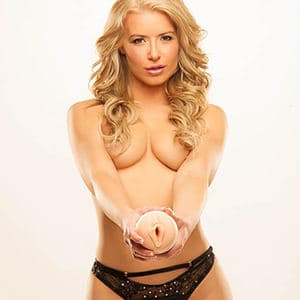 The Anikka Albrite Goddess is a Lady (pussy) sleeve from the Fleshlight Girls collection. The orifice is molded directly from Anikka’s own pussy lips and her signature is featured next to the entrance.

I have used a lot of Fleshlights but I thought the texture in the Goddess looked like nothing I have tried before.  Inside the entrance, the sleeve widens out into a large chamber lined with several large bumps followed by six wide raised ribs (three large and three smaller) which run lengthwise along the sleeve. Each of these mounds is topped with three raised, flat-topped bumps which push into the center of the canal.

After this section, around 5” (125mm) into the sleeve, the channel constricts. Bumps set on raised rings encircle the canal. Each of the rings is positioned slightly differently to the last, so the bumps offset each other and the pressure comes from different sides as you push through them.

The sleeve ends with three wide, raised rings. These occupy the section between 8 and 9 inches from the entrance so will be out of reach for many guys.

How the Anikka Albrite Goddess Feels

This sleeve feels a lot gentler than some; the edges are all rounded and the textures feel soft and smooth. The entrance is tight but the first section feels quite wide compared to some sleeves. However, the large size of the bumps means that you definitely know they are there – I could feel the pressure from them as soon as I slipped the head of my penis in. I found they became more noticeable as I pushed further into the sleeve and everything began to feel a little tighter.

For average and smaller guys, the constriction in the middle (between 5” and 6” from the entrance) will be all you can reach. It’s enough. For me, the best section of the Goddess was the first few inches; I enjoyed pushing the head of my penis through the tight constriction while the first ridges massaged the shaft.

The next set of bumps, beyond the constriction, are strongly stimulating as they press against the sensitive tip of the penis. The final rings at the end of the sleeve were out of reach for me.

The Goddess has a lot of texture so you need to make sure it is cleaned carefully, with plenty of fresh water run through from both ends. Rinse it well to make sure that any excess residue is fully removed and make sure it has plenty of time to dry in a warm spot before returning it to the case for storage.

I’d recommend the Goddess to guys who prefer a massaging effect to the more pointed stimulation some of the most intense sleeve offer, but I’d warn them not to underestimate it! Each of the textures is quite smooth and I didn’t find it too intense to begin with; the effect is like a stimulating massage. But it built up quickly, and I was surprised by how much I was enjoying it by the time I finished (rather explosively).

Love the Anikka Albrite Goddess? Why not try one of these similar Fleshlights?

Teagan Presley Trigger: Another relatively gentle sleeve which becomes surprisingly stimulating quite quickly, the Trigger is Teagan Presley’s vaginal sleeve. If you like the Anikka Albrite Goddess I’d definitely recommend taking a look at the Trigger.